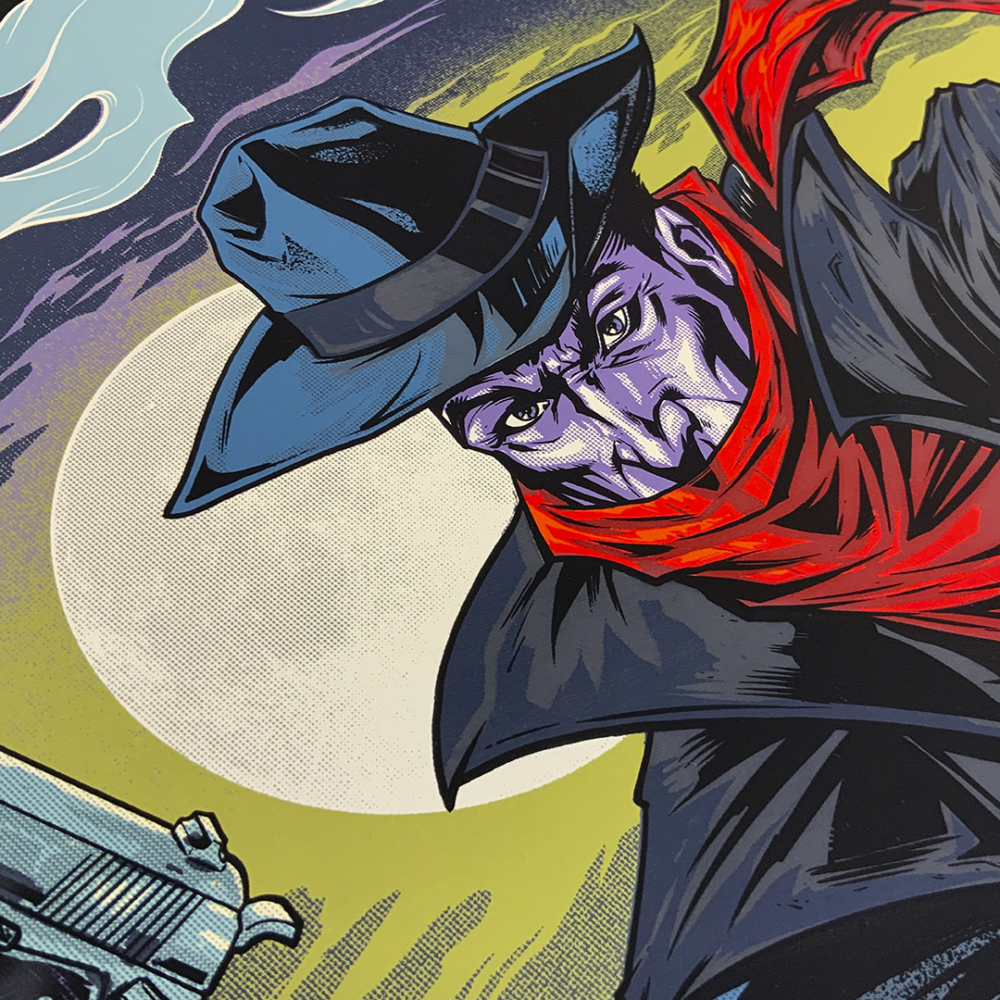 Next month marks the 90th anniversary of the release of the very first Shadow novel, entitled, “The Living Shadow.”  Written by Walter Gibson, under the pen name of Maxwell Grant, this classic Shadow story, released in April of 1931, is the first entry to a legendary series of books that would run for over 300 more novels in the course of a 16 year run.

The Shadow would earn his reputation as the original dark avenger in multiple media in print, radio, and screen.

Allen, commented from his studio, “I’ve been a huge fan of The Shadow in comics and print so it was a great opportunity for me to recreate the character in a classic New York skyline setting.”

Check back in to the Shadow Shop often this month for other special promotions on official Shadow merchandise when we kick off the 90th Anniversary of the creation of The Shadow.

We use cookies to ensure that we give you the best experience on our website. If you continue to use this site we will assume that you are happy with it.Accept